by Paul Stewart
in Entertainment

As they say, the road to success is rarely a walk in the park, and talent will  sometimes be not enough. Hard work, consistency, innovation, and vision  need to be part of the equation – at least, this is the case for a successful  entrepreneur, entertainment executive, and philanthropist Dani  Stephenson.

Through hard work, determination, and everything in between, Daniel  Stephenson has solidified his name as a pioneer in the music and  entertainment industry for the past sixteen years, accumulating numerous  awards and achievements along the way.

Dani’s journey stemmed from humble beginnings, whilst being raised by a  single mother on an Essex council estate, he worked multiple part time  jobs to save enough money to study music production and artist  development at Christ Church University and DJ Technology, Music Law,  Media and Publishing at Open College Network. Despite the hectic  schedule, this did not deter Dani one bit. He continued to hustle,  acquiring his first placement as an intern at AHBS Community Radio,  where he worked as an assistant audio producer for the Ashford Hospital  Radio Shows.

His subsequent placement was at a special effects company called Asylum  Special FX Studios, best known for working on several hit films like Honey I  Shrunk the Kids, where he eventually acquired the much-needed  experience he needed in the film and television industry. It was also at  that same time that Dani was allowed to work as a runner on the set of  the blockbuster film The Mummy Returns at Shepperton Studios, London.

Although Dani was well-versed in the film and radio category, he  ultimately followed his love and passion for music. It didn’t take him long  to dominate the music scene with his undeniable talent and his penchant  for anything and everything musical. Donning his old alias Pyramids in  Paris, he became a key contributor behind several Billboard chart-toppers  like “The Mack” featuring Mark Morrison and Fetty Wap. He also worked  on Don Diablo’s “Give it All,” featuring Kelis and Alex Clare and Marc  Anthony’s “Esta Rico,” featuring Will Smith and many more.

Essentially, he went on to become a well respected name and the founder,  president of Straight Forward Music Group, which has been raking in tons  of awards over the years, including multiple Grammys, a Brit Award, BET  Award, BBC Future Sound Awards, to name a few.

It’s not just Dani’s company that’s been at the top of the game,  considering that he continues to work on numerous successful high profile campaigns that allowed him to work with renowned artists like

Not long after the multitude of projects Dani had successfully worked on,  he expanded his operations into Southeast Asia and set up a new venture  called Mugal Group, where he stands as a co-founder. The company specialises in developing new talent from Asia into the global markets. 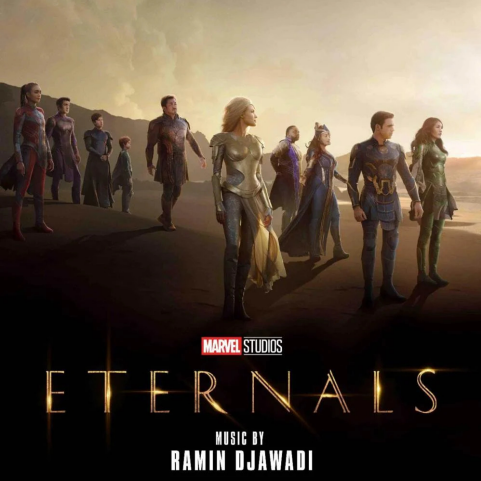 Despite the plethora of achievements that Dani has acquired over the  years, it does not seem like he’s stopping anytime soon. Instead, he  continues to do what he loves doing the most: creating music. Dani’s most recent endeavour was to step into the Marvel World and compose a piece  for Marvel’s new blockbuster film “Eternals,” a superhero film based on  Marvel Comics. Dani executive produced the title song “Nach Mera Hero”  or “Dance My Hero” with producers Nana Rogues, Aaron Ferrucci and TJ.  The soundtrack was performed by Mugal Group’s very own rising star  Celina Sharma. “Nach Mera Hero” is the only original song in the score  and soundtrack in the movie.

Dani Stephenson said, “I’m extremely honoured and privileged for the  opportunity to work on the Eternals with the Marvel and Disney team; it’s  been a great experience and a fulfilling one. I’m extremely proud of Celina  Sharma for stepping up to represent her Southeast Asian roots and for  delivering such a positive and uplifting song like ‘Nach Mera Hero.’ Very  grateful to everyone involved that played an equal part in bringing this  project to life.”

Despite Dani’s achievements, he continues to do what he loves, and as of  recently, he was the music director for a new and exciting musical drama  called Jungle.  To learn more about Dani Stephenson and his achievements, check out his  company website and Instagram.

Paul manages his own online magazine and works as the content manager. He also contributes his writings about news, politics, and leadership.

Need to collect data? There are ways to make it safer, says Private AI

The CEO Mixing Cement and Tech for a Greener Foundation

Leaders Should Avoid Overwork Their Employees: Signs to Keep in Mind